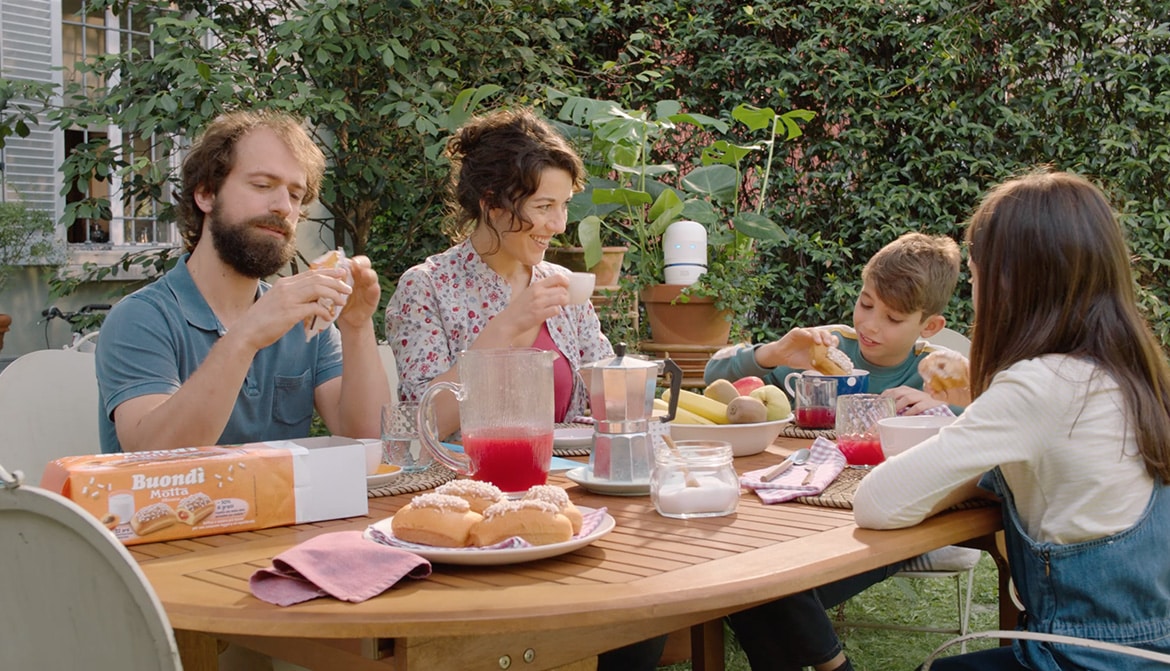 03 March 2020 – Anyone who thought that Enza, Artificial Deficiency, had stopped irritating us all will have to think again: until 21 March on TV and online, it will be possible to discover the brand new episodes of the Buondì Motta campaign, the brainchild of the marketing and communication agency, Connexia.

Enza, the only voice assistant who doesn’t simplify life (on the contrary!) is back to torment the family in the commercial spot with her question “How can breakfast be yummy and light at the same time?”  This time, the “allies” to help Artificial Deficiency take revenge will include a food processor, floor-cleaning robot and drone: home automation will be there to aid Enza with her vain attempts to terrorise the family!

Yet our reply to Enza’s question is quite simple: Buondì is the yummy yet light breakfast, and “her” family, that eat it every morning, knows it well!

The ironic and impertinent tone that has always characterised this Buondì Motta spot is now back, with the new characters of this amplified campaign, the brainchild of Connexia and produced by Mercurio Cinematografica, planned by PHD Media and broadcast on the main TV networks and online until 21 March.

The influencer marketing campaign developed by Noesis Group also continues and involves a group of web influencers who give their very own vision of how a “yummy yet light breakfast” should be. Following the huge success obtained with the first campaign phase, involving over 30 influencers who generated hundreds of contents, an effective reach of over 470,000 users and more than 670,000 views of IG Stories, new engaging contents will be created in March.

Enza will also be back to torment us on the Facebook, Instagram and YouTube pages of Buondì Motta, where users will be able to find out about her latest attempts at “revenge” . From the initial idea to production, the social campaign has been managed by Connexia Media House and planned by PHD Media.

Buondì Motta ─ the only breakfast that can stand up to… Artificial Deficiency! ─ awaits everyone on TV and on the shelves!