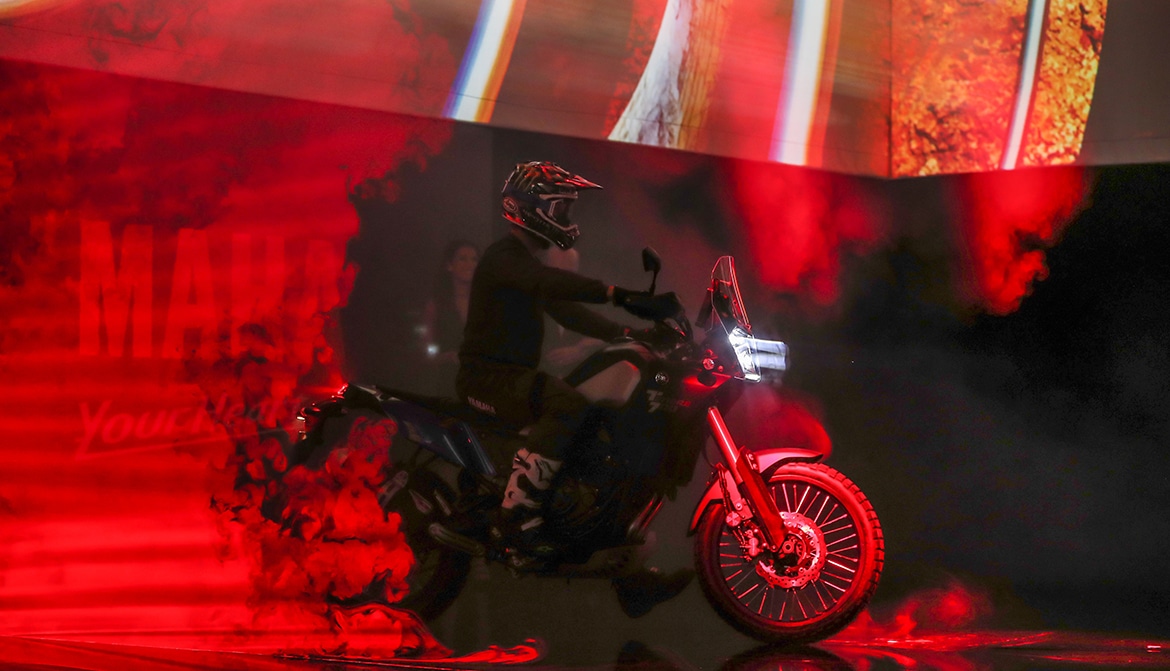 The Doxa Group’s marketing and communications consultancy agency further strengthened relations with the European headquarters of the legendary Japanese motorbike manufacturer, confirming its role for the eighth year in a row as Yamaha’s strategic partner in developing the creative concept, and devising and producing all aspects of what is now recognised as the most important annual press event for Yamaha.

The Global Press Première was held on Monday evening, 5th November, at Superstudio Più in Milan’s Via Tortona, and, as is now customary, officially kicked off the most eagerly-anticipated week of the year for bike lovers the world over. The goal of the press conference was to offer the industry professionals in Milan and the millions of fans watching remotely a global preview of the most important new motorbikes and scooters joining the Yamaha Motor extensive range in 2019.

The core driving force behind the “Keep on REVVING” event was the creative concept devised by Connexia to highlight the Japanese brand’s passion for speed, relentless thrill-seeking, and affinity for discovery and travel. Featuring three 16-metre mega video projection screens, the immersive stage show “catapulted” the audience into the different Yamaha “worlds” and spectacularly changed in jaw-dropping style to suit whichever segment was being presented.

The Global Press Première wowed the 700 members of the international press, Yamaha distributors and VIP guests at the venue, but what really helped to ensure its full global impact was that the entire event was streamed live and broadcast for the first time ever live on SKY Sport MotoGPÔ, channel 208 on the Italian Sky platform: a strategic media partnership organised with the Sky Sport Italia management by Connexia for Yamaha Motor Europe.

The real star of the opening evening was the new Yamaha Ténéré 700 adventure bike. The adventure riding community has been champing at the bit for a glimpse of this bike, which is tipped to become the queen of the 2018 EICMA.

Unveiled to the world in an elaborate laser light show complete with atmospheric smoke and a world-class rider, the Frenchman Adrien Van Beveren and Yamalube Yamaha Official Rally Team rider at the 2019 Dakar Rally, the Yamaha Ténéré 700 was one of many new models on show. Others included the Yamaha 3CT Prototype, a revolutionary prototype three-wheel scooter; the new Yamaha X-MAX IRON MAX sport scooter; the Yamaha R125 and R3 supersports (the R3 is also available in a GYTR racing version); the revolutionary new Yamaha NIKEN GT three-wheel motorcycle, and the new Yamaha XSR XTribute scrambler from the iconic “Faster Sons” family.

The highlight of the evening was when the première ventured into Yamaha’s enthralling world of adventure with step-by-step highlights from the Ténéré 700 prototype’s exhilarating journey through four continental stages on its World Raid Tour, an adventure that wrapped up in Milan with the unveiling of the new Yamaha Ténéré 700 production bike that will be available in all official Yamaha dealerships in 2019.

The final highlight of the evening was a real surprise: the limited GYTR edition of the Yamaha YZF-R1 supersport queen, which will be given solely to a select few in the racing world. Yamaha Motor designed it to celebrate the twentieth anniversary of the brand’s famous Superbike and as a tribute to Yamaha’s long list of wins at the legendary “Suzuka 8 Hours” endurance race. Only twenty bikes have been made with many outstanding features, including a special paint scheme dedicated to the official GYTR team, which recently won the world’s biggest 8-hour race.

“It’s a real thrill to be partnering Yamaha at the EICMA for the eighth time,” said Paolo D’Ammassa, the CEO of Connexia. “Automotive was the first industry with which we worked. It’s a tradition of expertise for Connexia that embraces a multitude of activities with everything from strategic and editorial support to individual launches, and content creation to managing and moderating social media channels. Renewing our partnership with Yamaha year after year validates our integrated approach and passion for creating relevant content, content that can communicate well across all channels and dovetails flawlessly with our ongoing innovation. We know the best way to communicate the brand because we’re at home in the motorsports world and we know how to celebrate Yamaha’s values with events custom designed to fulfil all its communication and business needs.”

In addition to rally champion Adrien Van Beveren, there were many other top riders at the première, such as the Pata Yamaha Official WorldSBK team rider Michael Van der Mark on the new Yamaha YZF-R1 GYTR, the super-talented Italian R125 and R3 Cup Winners, Matteo Vannucci and Kevin Arduini, and Yamaha’s first official Indonesian rider, Galang Hendra Pratama, the top-tipped WorldSSP300 rider for 2019.

The evening was presented by the British sports journalist Immy Barclay. She is a hugely popular television presenter in the UK and this was her first time working with Yamaha Motor Europe.

Watch the highlights of the Global Press Première at https://youtu.be/hzjjNGlNwRU