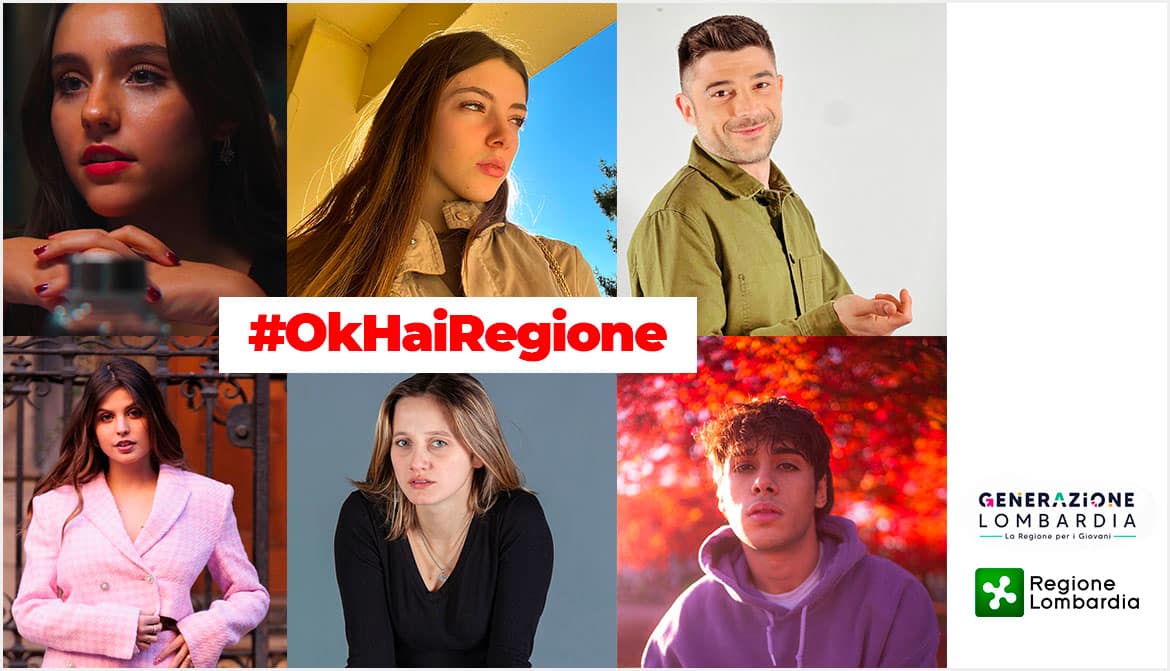 13 April 2022 – On 6 April, following the Legge Giovani press conference, Regione Lombardia launched a new innovative communication campaign, again exploiting the social network most followed by young people: the TikTok platform. The aim is to promote awareness of the regional law and the Manifesto Generazione Lombardia, the instrument through which young people have sanctioned – and will still be able to develop – the fundamental principles that will have to guide regional policies in the coming years. The new law dedicated to them and recently approved by the Regional Council is also based on it.

The project was devised and managed by Connexia, a company of the Retex Group which, through the format #OkHaiRegione, asked six well-known creators of TIK TOK – including Chiara Di Quarto, Daniele Davì, Emma Galeotti, Beatrice Macconi, Giulia D’Aloia and Luca Lattanzio – to support the activity by stressing the importance of following the Generazione Lombardia Manifesto among their thousands of followers, actively helping to build a future that meets their expectations.

In this case, the creative effort centres on the protagonists sharing objectives, dreams and desires that are all too often ignored, but which will be unexpectedly heard and approved by a remarkable representative this time: Regione Lombardia. The videos end with a call to action to become an active part of the process, following the initiatives of the Manifesto Generazione Lombardia.

A message and a campaign whose aim is to support a generation that, more than ever before at this historic juncture, needs support to make its voice heard.

Once again, Regione Lombardia has decided to create an innovative campaign together with Connexia, shirking the more traditional and institutional methods of communication to fall into step with the social network which, today more than ever, provides a benchmark for young people.

On 31 March, the first law for and with young people, approved by the Regional Council on 22 March, was finally published in the Official Bulletin. The measure “will have a budget of around 10 million euros over the next three years“. This was highlighted by Attilio Fontana, President of Regione Lombardia, and Stefano Bolognini, Regional Councillor for Metropolitan City Development, Youth and Communication. “The main novelties include the establishment of a Regional Youth Policy Observatory, the creation of a Youth Forum, the launch of new and additional communication and dialogue tools with the new generations, including the establishment of a regional award“.

A process of listening, dialogue, consultation and sharing that began in 2021, with the involvement of many associations representing young people and many representatives of institutional and social actors, led to the joint drafting of the “Manifesto Generazione Lombardia”. In this charter of values, the needs, expectations and main requests reported to the institutions were expressed and thus incorporated as a priority in the regional law.